A peasant riff across europa

The concert commenced with selections (four) from the two suites of music drawn from Bizet’s incidental music for the Daudet play L'Arlésienne.  Suite 1 (1872) is all Bizet’s.  Suite 2 (1879) is full of Bizet’s music as arranged by Giraud.

The energetic stride of the strings in the March of the Kings (Suite 1, ‘Prelude’) was both rousing and dashing.  This March could have summoned the attention of half a continent.

Throughout this performance the woodwind playing was particularly piquant.  Likewise, the horns were both burnished and rousing. The saxophone invocation (Christina Leonard) in the first ‘Minuet’ (Suite 1) was tangingly evocative, reminding us how modern this instrument still sounds in an orchestral context.  Its vocalise was particularly wistful, but in a flowing current that enabled a delightful frisson to emerge across the orchestral palette. The yearning strings that underpinned this discourse dialogue were passionately invoked, reminding us of the operatic provenance of Bizet and the deep romantic sonorities that he created in Carmen (1875).

The harp, flute and saxophone interventions in the second ‘Minuet’ (Suite 2) were particularly haunting and soft breathed.  Flute and harp were placed close to each other as though in tender voiced song, magically invoking deep concentration across orchestra and audience.  It would have been good to hear this band play the ‘Adagietto’ of Suite 1.

The hijinks of the ‘Farandole’ (Suite 2) were artfully unleashed by conductor and orchestra, reminding us that peasant strength and French élan make a compatible and combustible energy.

The young Serbian/French violinist Nemanja Radulović performed two works that contrasted and complemented his stylistic urges: the yin and yang of the poetic and the fiery. He is a particularly attentive musician.  He listened and responded to the many orchestral dialogues that both Chausson and Ravel provide in their respective works: Poeme, Opus 25 (1896) and Tzigane (1924).

Radulović offered some extreme dynamic contrasts in the slow and ethereal sound world of the Chausson, daring us to listen to his fine absolute crystalline thread of sound. His violin soared and swelled with the luxurious cascades that Chausson uncovers in this French Scheherazade.  He also touched on its hint of Wagnerian perfume, but couched this within a very French, slim line sensitivity. He did not aim for overripe lushness. There was eroticism to be sure, but aquiline and clarifying the violent urges that craftily emerge from a certain sadness within the works thematic material.  There is defiance but also the flickering pulse of a trill that seems to invite expiration, like a fluttering butterfly pinned to the display board.  This was delicate music, but also yearning for a love beyond reach.  Cyclical in structure, each section was beautifully placed and displayed by soloist and conductor.

The Tzigane performance highlighted the extraordinary technical demands that Ravel imagined, as well as the witty orchestration that he rumbled for his gypsy band.  Composer and soloist took the breath away as celesta, harp and flute flecked their way across an imaginary cembalo and the Paganini like configurations summoned a devilish and playful excitation. Radulović strummed and slashed, then sparked the work's Lisztian roulades while summoning the ghost of wandering minstrels and café strummers:  Lassu and friss, wild and mournful, swirled around each other. This was breathtaking music making, with the bold athleticism of the trapeze artist.  Each outrageous demand was placed in the context of Ravels’ careful design and built climax upon climax.  The long opening section of the work, full of coruscation, both low and fast, seemed to drag out meaning from an almost primeval sound world, summoning the pulse of the stomping feet of the village band.  Orchestra and soloist ensured that this performance showcased a visceral display of music that seemed to meld the clangourous with the sophisticated.

After interval came more music of folkish exuberance.  The Dvorak Symphony No 6 in D Major, Opus 60 (1880/81) is a delight, as though the most ambrosial Tokay had been poured into a symphonic cup of German origin, then splashed around until it was overflowing with an elemental humour and the life enhancing spirit of song and dance that no German could ever summon.

Its simplicity and craft are texturally fused.  Its themes short, sharp and haunting are given fecundity through transfiguration and scintillating orchestration.  The sensibility of Beethoven seems to inspire Dvorak’s ability to modulate and transition to heighted display of the basic thematic material.   In this performance, the simplicity of the opening three note motif was placed and paced cross the orchestra with reverberant humour, digging into and dragging out its possibilities for recollection, reconfiguration and sheer pleasure.

The conversing back and forth between orchestral sections was beautifully managed, particularly woodwinds and horns.  Again, the woodwind were deliciously wistful in the second movement ‘Adagio’.  The nocturnal ambience felt like the answering call of wood birds.  There was an improvisatory feel about this work, ripe for generating sighs and smiles.

The third movement ‘Furiant’ was barely confined to its scherzo dress – wildly intoxicating -  yet even here, the delicate contrast of woodwind threads invited a deeper glance at the spirits of these stomping peasant – at the humanity beneath the defiance.

The blaze of sound at the end of the last movement reminded one of Elgar and the Enigma Variations- fiery, brassy, announcing intent and summoning further glory.  Mittel Europa never sounded more attractive, in this deliciously naïve and artful symphony. 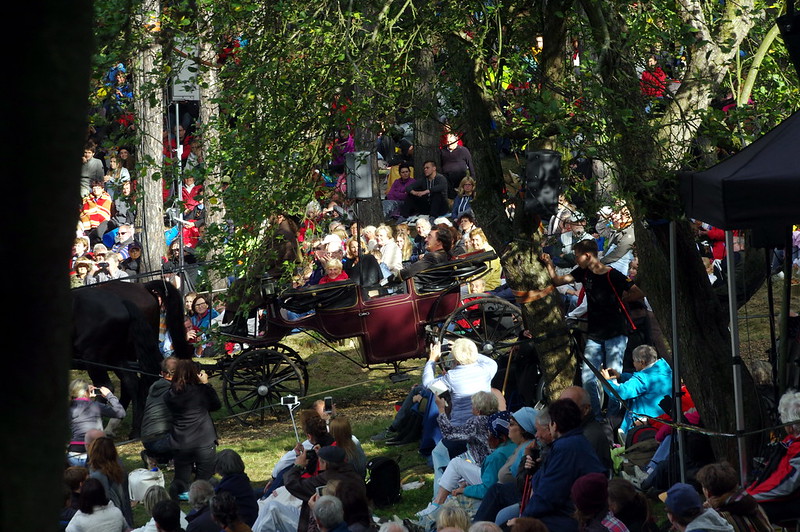