Theatre and kingship - Gwynn chuckles on

Nell Gwynn (2015) is an English play by Jessica Swale that playfully riffs around the scant history of the famous actor and personality of Restoration England.

It is a work full of song and dance and with a slight post-modern take on the double entendre that runs deep through the ore of saucy English humour. At its heart is a strong, loving woman who breaks through her societies’ limited understanding of the diverse intellectual and emotional nature that women experience.  It demands a fair and fulsome reckoning of all human kind.  The central character instantiates this thesis with utmost clarity – both in thought and action.

The playfulness of Nell is well captured in this production by the New Theatre, directed by Deborah Jones.  Nell’s bawdiness is real, but the sharp current of a natural thinker is also extant.  In this performance by Bishanyia Vincent, the many layers of a woman with power and influence, whose understanding of the world is enlarged by bitter experience and the alchemy of acting,  are given with distinct charm – their meaning softly and graciously touched.  The feistiness is real, she has the life force in plenty, but the “Me Too” prototype feminism is about enlarging life and experience, undertaking the pursuit of pleasure with a clear-sighted view of its potential empowerment. Here is a character who lives in the moment – but catalogues it as well.  Dryden described her, with some suprise, as like a man:  “hath the notions and carriage of a spark the most that ever I saw any man have”.

Her interaction with Charles II (Lloyd Allison-Young) is craftily played, full of the teasing delight of lovers who enjoy both physical and intellectual rapport.  They convincingly portray the skittishness of restoration kingship, the stifling nature of regal protocol and the humble joys of being naked with another soul, tethered in body and spirit.  Allison-Young has a magnificent voice, aligned with excellent diction. He radiates a bemused querulousness as he fights to maintain his regal equilibrium, as a do-nothing incorrigible, dissembling without sowing discord.

The panoply of womanhood portrayed across this play is wide-ranging.  Genevieve Muratore as Queen Catherine is gloriously over the top in her small cameo of wounded Queenship, while Naomi Livingston is splendid as the pert coquette, a la francaise,  Louise De Keroualle.  These multi lingual scenes, Spanish and French respectively, are delightfully piquant.  Hard knowledge of these languages is not required to enter into the physicality of their expansive caress and comic intent.

Kate Bookallik as Charles’s retiring mistress, Lady Castlemaine, is both viperish and skittish, delivering a painterly panorama of another kind of feminine power – sprung into wily, corseted artifice.  Her poisonous jab at the love Nell holds for the King is nicely delivered.

Debra Bryan as Nancy gifted her audience a right royal bouquet of deadpan humour  Her double takes and clumsy diffidence when she is told to assume the role of actor were precious invocations – reminding how the physical and lyrical can combine to chart the grandly comic.

As Lord Arlington, the King’s Counsel, Peter Mountford was unable to deliver the chill politics and waspish charm of this ruthless courtier.  He swallowed his words and lacked menace.  His comeuppance – reduced to the walker of the King’s dogs – lacked context and the required bitterness.

The portrayal of the playwright (Dryden) and players was nicely judged by all concerned.  The principal boy/girl (Edward Kynaston), sashayed with sweeping excess by Steven Ljubovic, was archly camp.  The performance was full of stiff-backed physicality and pursed lipped retorts that raised the laughter level – though ultimately reminding us how devastating is pride injured. At times, the figure of Dryden descended into bland caricature – with cheap though effective laughs.  The famous actor (Charles Hart), who is upstaged by the orange seller and King, was affectingly real and funny.   His masculine rage about the usurping of his principal lover role was wittily dispatched, while we felt for his gracious loss of  Nell as his lover and acting project.  Rupert Reid delivered strength and tenderness in this role.  Shan-Ree Tan as Thomas Killigrew was a droll foil to all the high jinks backstage.

This large cast was broadly on song – musical direction by Laura Heuston.  The musical pulse of the work and its gallant choreography (Virginia Ferris) are playful and sharp mirroring the words and situations of the drama. The costuming was simple and diverse and richly effective  (Deborah Mulhall).

The play within a play dynamic was drolly exploited by writer and production.  The scenic transitions were relatively smooth (set design by John Cervenka), but sometimes the revue nature of the writing worked against sustained performances styles – and sometimes dissipated the build-up of tension and interest.

But despite these caveats, real emotions surfaced throughout the performance: the death of Nell’s mother; the assault of Nell’s sister; the death of Nell’s lover, the King, beyond her touch; the discovery of Nell’s pregnancy etc. The warmth and wit of Vincent’s assumption brought deep pleasure.

This play is ultimately uplifting – and heroic in its imaginative portrayal of a creative and entrepreneurial woman born of Cheapside, London and its vibrant theatre. 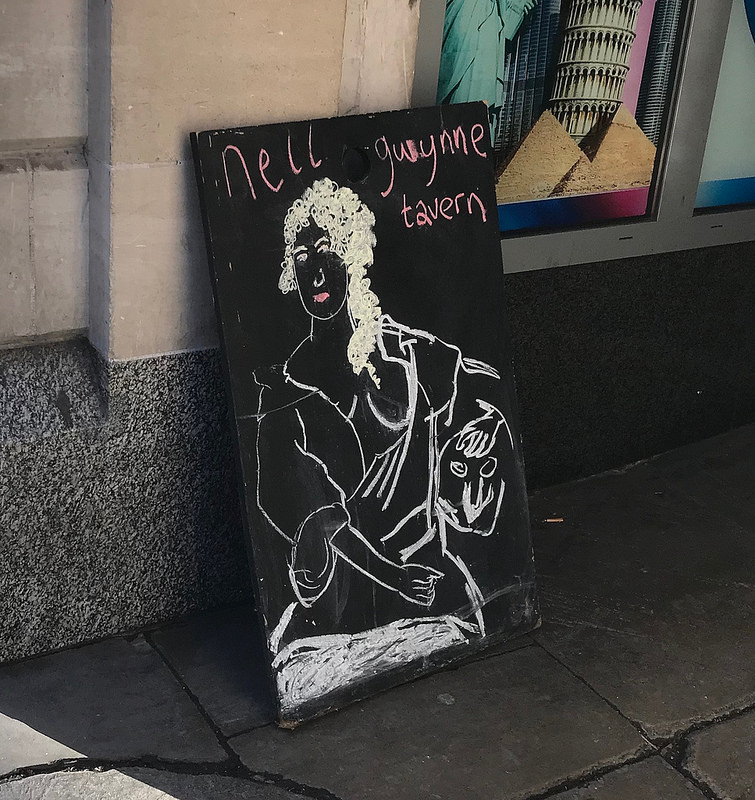