Despite appearances – sport and more sport – Australia is a land of opera.  The Operabase - http://operabase.com/top.cgi?lang=en&splash=t - statistics for 2015/2016 show that Australia appeared in the top 20 countries with regards the total number of opera performance, coming in at no. 14 with 275 performances, ahead of the Ukraine (233), Belgium (231) and the Netherlands (224), though eclipsed by Sweden (404) and Spain (488) in its grouping.

Germany wins this competition by many golden miles – 6,795 operatic performances – four times its nearest rivals:  America (1,657) and Russia (1,490).  Germany truly is the land of opera.

When these performance numbers are adjusted per head of population, Germany is only outperformed by Austria and Switzerland respectively (making up the Holy German Empire?).  Australia drops of out this top 20, but so do America, Russia, France, the United Kingdom, Spain, Ukraine and the Netherlands.  The smaller nations such as Slovenia, Lithuania and Norway now join the top 20 in terms of this intensity measure.

Operatic production is a conservative business.  Taking a 5 year period – 2011/12-2015/16 – only one living composer, Phillip Glass, appears in the top listing (300  plus performances) of composers ranked by performance numbers.  Verdi dominates this measure by a long shot (16,265), against his nearest rival, Mozart (11,876) and Puccini (11,494). Given Verdi’s long list of masterworks, this is not a surprise. The old Maestro always kept tabs on performance numbers and box office receipts – so it would be safe to say those numbers would please him.

Britten (1,550) comes in at no. 16, the highest performing 20th century composer, followed by Weill (676) and Shostakovich (339).  Given that Poulenc (552) was born in 1899, we can almost add him to this list.    Britten has the widest footprint in terms of countries performing his works – 26 countries in the past three years - with Germany a hotspot of Britten performance.

Verdi/Wagner and Britten were no doubt boosted a little by the celebratory performances in 2013 – 200 and 100 anniversaries respectively.

It is interesting to see that these five year statistics reflect the various national schools of Opera and Operetta.

The Hungarian footprint is strong with Lehar (1,989), Kalman (1,761) and Abraham (340) – all composers of Operetta.  Germany and Russia are the hotspots for Lehar and Kalman performances.

The Czech school is represented by the team of Janacek (1,222), Dvorak (804) and Smetana (571).  Janacek, the Moravian, has the widest footprint in terms of countries performing his works – 27 countries in the past three years – with Germany and the Czech Republic hosting the most number of performances of his operas.

Russian opera is dominated by performances of Tchaikovsky (2,541) followed by Rimsky Korsakov (654).  Mussorgsky (538), Stravinsky (513), Prokofiev (429) and Shostakovich (339) make up the rest of the Russian team.  Though in term of countries performing his works, Shostakovich has marginally greater reach than the trinity of Mussorgsky, Stravinsky or Prokofiev.

The Austrians can claim the massively popular Mozart – even though most of his operas are written in Italian - while their beloved Johann Strauss II (2,934) comes in second followed by the Operetta composer Benatzky (516), a Moravian by birth.

The French team is lead by Bizet (3,710), followed by Offenbach (2,143) - ensuring Operette lovers are particularly well nourished. For the rest of the team, Massenet (966) heads Gounod (906), though Gounod has a larger footprint in terms of countries performing his works.  Next joins Poulenc (552) who pushes Berlioz (448) to no. 6.

Handel (2,015) ensures that the Baroque opera gets a good run in the international statistics and makes sure another English composer is in the top 20 on performance numbers.

The world most performed opera is La Traviata (4,190), followed by Die Zauberflote (3,310).  Traviata has been steadily gaining ground on Zauberflote since 2012.  This pairing of high tragedy and pantomime continues the yin and yang, the dark and light, the confluence of opera and operetta that seems to denote the old world’s operatic experience.  The no. 1 opera in Germany is Hansel und Gretel, a masterpiece for children and Christmas.  Who says the German’s have no sense of humour?

These staples are blazing examples of operatic genius but their chokehold on the repertoire does sometimes make opera feel like a holy museum art.  The youngest opera in the top 25 is Puccini’s Turandot (1926), while the operetta equivalent is Kalman’s Die Csardasfurstin (Vienna, 1915).

Italian opera dominates.   This may not have pleased Wagner, but it probably highlights the popularity of the lyricism that Italian opera produces in spades, though it is interesting to note that Bellini (1,188), so beloved by Wagner, sits behind Britten and Janacek in terms of total performance numbers.

In terms of productions across the five year period, the top 5 changes a little.  Verdi remains paramount, but Puccini now pips Mozart and Wagner pips Rossini – while Tchaikovsky and Handel are ahead of Johan Strauss II.  Expanding this list out to the top 20, we find Britten races ahead of Lehar, Kalman and Humperdinck.  So Opera does have its revenge on Operetta when it comes to new productions!

Heartening is the fact that 1,280 composers were represented in these performances statistics, and that 664 of these were living composers that had a least one opera performed.  I’m sure there is some talented economist who could do some cost benefit analysis of how much opera adds to the economic productivity of the city and nation that hosts a vibrant opera culture.

Opera is vibrantly alive.  May the gods be praised! 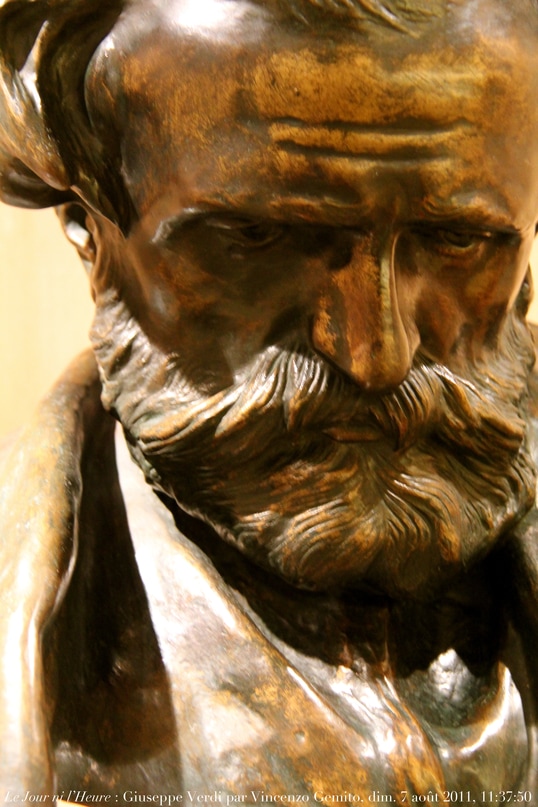