WE STAND FOR THE RUSSIAN BOY

​Daniil Trifonov conquered the Sydney Recital Hall with his dazzling performances of Schumann, Shostakovich and Stravinsky.
​
The first half of his recital was devoted to early works of Schumann – Opus 7, Opus 15 and Opus 16.

The pick of these in terms of pianistic plasticity and deep responsiveness to Schumann’s peculiar melancholy and poetic upheavals was the Opus 16 – Kreisleriana.  Trifonov demonstrated tremendous agility and power in this mercurial and demanding work, which by quick turns is turbulent, fervent, agitated, wild and tortured, piling up fantastical musical episodes that alternate between luminous depression and exhilarating flights of fancy. Its subtitle, Phantasien für das Pianoforte, is totally apt.

It is not too bold a thought to say that these eight movements pulsate with the madness that was to consume syphilitic Schumann.  But what music, what outrageous, glorious music “composed in fire” as Schumann said, yet full of taut control so that the lava is channelled into a believable structure, carved by an extraordinary range of musical techniques.

Trifonov was alive to the passion and pressure of this work, pouring over its complexity with a beautiful singing line in the quieter reflections and an intense sharply defined power elsewhere that allowed him to revel in the wide array of technical difficulties that Schumann employs. With Trifonov we rode the surging tide of thought that Schumann unleashes - without getting lost.

We don’t hear enough Schumann piano music in Sydney so this was a double blessing:  amazing music and extraordinary pianism that lets us feel the early tang of romanticism and its dangerous undercurrents.  No wonder his wife, Clara, and his friends, Liszt and Brahms found this music disturbing and beyond its time; too disturbing then for middles class audiences.

Before this work, Trifonov gave a heroic performance of the Toccata, Opus 7.  The propulsive hammering leapt off the page and drove the world onward with a frenzied pace, but he also gave us that unique contrast between very loud and very soft that seems to open entry to Schuman’s breathless imaginings and interior world.  The tenderness within such ferocity is truly remarkable.

The opening Schumann was a little less successful – Kinderszenen Opus 15.  This performance seemed to place a sturdy interpretive weight on these childhood imaginings, buckling their invention.  The sound was too attenuated - at times the line seemed unnaturally stretched and paused – without a pure singing line.  Trifonov was strong on the fantasy and energy of these delightful pieces, but missed the full tender poetry.  That is not to stay there wasn’t beautiful playing, but compared to Kreisleriana and the Toccata his approach was less fulfilling in performance.

The crispness, clarity, strength and tenderness of Shostakovich’s re imaging of Baroque models was unfolded with deep skill by Trifonov allowing us to hear the various strands of Shostakovich's heighted polyphony, with its stark dissonant fugal material.  The tender playfulness of No 5 in D major was ravishing, with its feeling of suspense beautifully judged through its arpeggiated chording.  The monumental finale, No. 24 in D minor, with its shattering fugue and its heroic journey from D minor to D major, gave us music of huge heft, recognisably by a great symphonist, but its contrapuntal exuberance gave us a glimpse at another complex strand of Shostakovich’s fecund musicality.

Trifonov sweated profusely during all these mighty works and then, as though to say, here I am unravaged by these monumental exertions:  I now give you my other countryman, Stravinsky, and his 1921 recommuning with his ballet Petrushka – Three Movements from!

Though Stravinsky wanted the true percussive quality of the piano to dominate in this work, knowing the full orchestral work it was hard not to marvel at the amazing verisimilitude of the proto-orchestral sounds Stravinsky and Trifonov conjured from the battered keyboard.  All those wild and rapid jumps – across multiple octaves – and fast scales were dispatched with demonic skill – holding both virtuosic and musical interest in balance.

After the opening Russian Dance (Dance Russe), one wondered whether anything more stupendous could arise from the performance, but arise it did, like the ghost of Petrushka, in the Shrovetide fair – La Semain Grasse.  The dangerous energy of the fairground with its dark biting disorders, its sardonic laughter and raucous energy were delivered with controlled fury.  Trifonov levitated with this music, his body like an electric current, his long elegant arms summoning the dead puppet forthwith.

Looking back, this work from 1921 reminded us of the glowing creativity unleashed in the fin de siecle of pre war Europe, only “to be crushed in the bud on the iron shards of war”.
This was heroic music making that beamed the furious Russian sprit into the Sydney Recital Hall and had us stamping with approval at the power and glory of this imaginative world – all courtesy of one piano and one extraordinary young man. 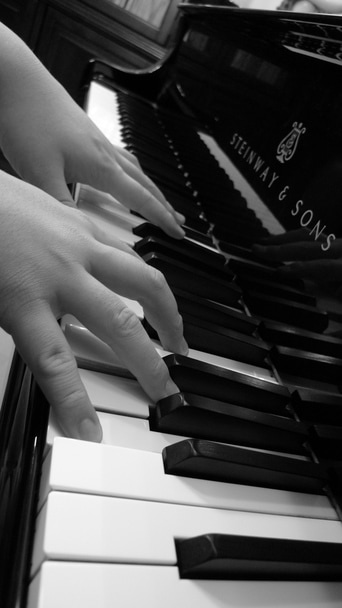