DIGGING FOR BILL:
​three Gangsters, one grave and a whole lot of betrayal

(Dark stage.  Man in suit and hat lights a cigarette. Draws back deeply, then throws match into pit next to him.  Surveys landscape.  Shivers. Peers into pit)

(Lights - sound of car pulling up.  Lights out - door closing)

ARTIE:  Ssh - that's him - stay out of sight until you hear me fire
LOUIE:  Ok Artie, you're the man.  Good luck
ARTIE:  No luck needed, Louie, I'm riding high - no more low level action, no more putting up with smart arse punks like you
LOUIE:  Charming!  If I don't see you no more, mr high and mighty, I wish you luck.  Have  a long and fruitful life …. mr big dick!
ARTIE:  Ssh - down.  Get out the other side. Cover me, just in case.

(slow whistling sound is heard off stage. Torch light follows
Louie pokes his head up from the grave - Artie pushes his head down. Bill saunters in.  Tall man in a suit)

BILL:   Hello Artie
ARTIE:  Hello Bill
BILL:  You got something for me
ARTIE:  Yeah a message from the Boss
(pulls gun out - pulls trigger - no shot - no ammunition  Bill takes out his gun)

ARTIE:  What the fuck!
BILL:  No bullets, Artie.  You always were bad with the background checks. The boss wants you to know that he forgives us both, Artie, but a debt is a debt.  I gotta leave - but one last job before I go.

ARTIE:  Louie! Louie!
BILL:  He can't hear you - he just shovels the shit, remember.  Double jeopardy, Artie - you just ain't clever enough for it.  We thought we'd get you before the cancer did
ARTIE:  What - but I'm cured!
BILL:  Nah - doc just told you that
ARTIE:  Louie!
BILL:  Did you really think you could fool the boss with that turncoat routine.  You stitched me up nicely, you bastard!
ARTIE:  You! You! You!
BILL:  You what?
ARTIE:  You fucking double crosser.  You said we wouldn't get caught
BILL:  Yeah, well, I'm not as smart as I thought, stupid. I get to give the money back - and I get to live
ARTIE:  Louie, save me!
BILL:  He ain't no use. He might have saved you once, but you turned on him.  Broke his heart, Artie
ARTIE:  What the fuck.
BILL:  Sweet revenge, all round, I reckon. You've got not real time left, Artie. Kinda funny:  Death chasing death!  So take it like a man
ARTIE:  No
BILL:  You'll soon be dead, anyway
ARTIE:  No
BILL:  You die, I live.  Simple mathematics.   The family keeps its honour. Any shame dies with you.  All those big dreams? Dead in the ground.    Your time's up, Artie.  (goes to pull trigger)
ARTIE:  No! No!
BILL:  Bye, bye, you stupid bastard.

LOUIE:  I told you I'd dig a nice grave, sweetheart. Family is family.   No more ruthless dreams, Artie.  You're gonna be nice and warm

(Louie - pulls Artie along by his feet towards the grave)
​
LOUIE:  In my heart forever 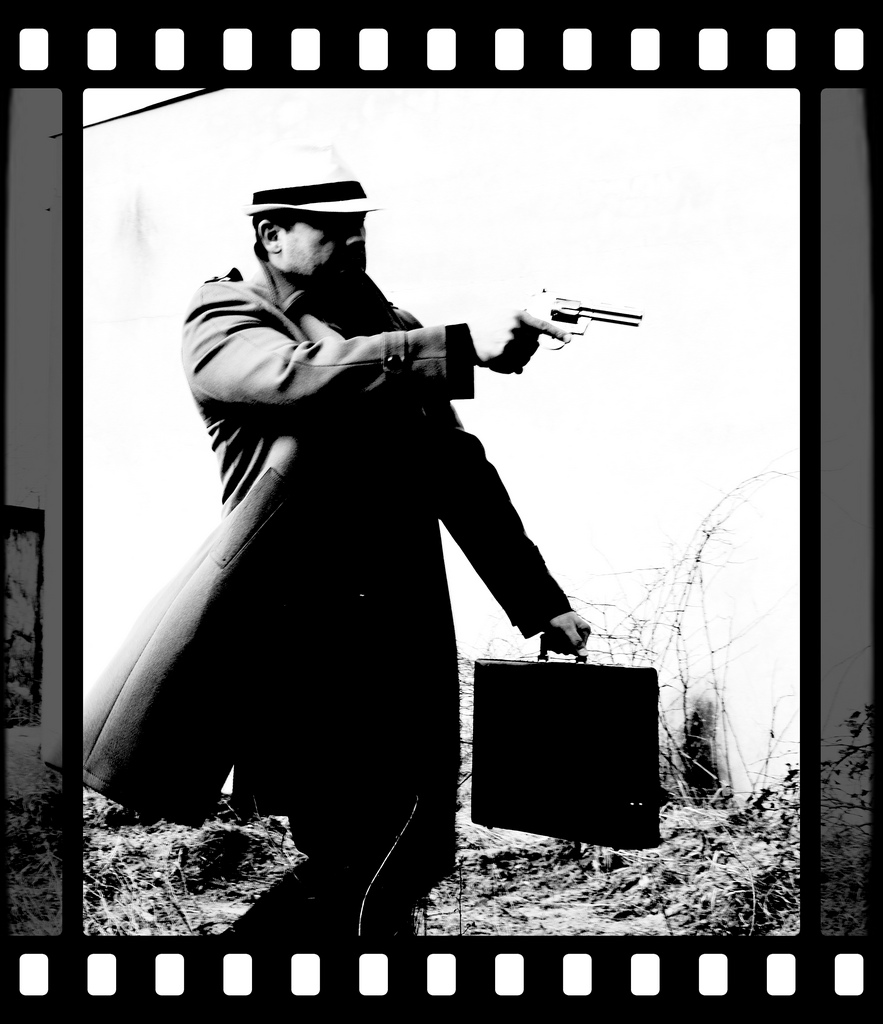