The sheer buffoonery that Dario Fo unleashes on the stage with his modern classic, the Accidental Death of an Anarchist (1970), is surely an appealing tonic in the continuum of deadpan awful politics that we citizens of the world seem to inhabit.

Fo’s commedia dell’arte ability to structure mounting delirium stems naturally from the volubility of language and inflection that Italians carry as a birth right.  It is not a long bow to detect the ghost of Rossini hovering over this broad shining comedy.

This all-woman casts creates an extra frisson in mining and miming the daft eccentricities of both stupid and sharp men.  In a jester gendered world, the fillies play the geldings with superb observation and deft comic timing.

Julie Forsythe as Inspector Bertozzi presents a truly delicious incarnation of an everyman - befuddled, street sharp but constantly outfoxed by the maniac (played by Amber McMahon with mimic brilliance).  Forsythe’s channelling of small stature masculine swagger, bellicose vocal gymnastics and clipped grating accent brought to life the Sydney bookmaker of the period, her every intervention heightening the comedic intent of the play.  She was beautifully matched by Bessie Holland whose vivid 1970’s page boy haircut, voluminous clothing and period bling - topped off by a gold toothed lisp -  delivered the profound idiocy of Inspector Pisani and his foursquare logic, while presenting the threat of such heavyweight police stupidity within the velvet glow of comedy.

Caroline Brazier as the Superintendent was droll in an elongated laddish mode, slickly outlining the dilemma of one who could lie with deft ease but is constantly tripped up by The Maniac into dolefully telling the unforgiving truth.  This personification had a very English feel, almost suggesting a character from Fawlty Towers, with dapper suit and moustache.

Susie Youssef as Constable 2 was a delight, embroidering many of the physical jokes and pratfall’s with a doe-eyed innocence  - very Chaplinesque – that milked the laughs even further

The straight foil role of the reporter, Maria Feletti, investigating the death of the anarchist, was nicely judged by Annie Maynard (superbly costumed in slimline flares), though her other role as Constable 1 was not as finely tuned, but this is probably the fault of the sketchy nature of that character.

The Maniac who initiates all this farcical delight was triumphantly essayed by the wistful clowning and flash timing of Amber McMahon – and if the highlights of her performance tended to cluster in Act 1, this was more the problem of the structure of the play than of the performance.  An even in Act 2, her bionic display with false leg and elongated wooden arm was splendidly wicked, while her entrance via the filing cabinet was simple and supreme in its comic impact.  This was a dazzling assumption that focussed more on the ease of performance than its staggering effort.

The dark message under all this laughter remains somewhat hidden in this production, but this adaptation by Frances Greenslade and Sarah Giles seemed to focus on the never-ending triumph of systemic corruption, notwithstanding the occasional horsewhipped scapegoat sacrificed on the altar of public satisfaction and media manipulation.  The agitprop dialectics of the alternative ending of the original play were not shaded in this production.

The set by was a triumph - design (Jonathon Oxlade), lighting (Trent Suidgeest).  Its false perspective, neon sign, drop down charts, sliding screens and nifty hidden exits, framed with piquant detail this world of masculine disorder, allowing the action to be choreographed (Sara Black) with blinding brilliance.  This was particularly so when the guilty cops are almost entranced to their death from the window ledge by the sharp talking maniac, whose verbal dexterity is a constant wonder, matched by its deft visualisation: interrogation on the balcony, al a Calabrese, reframed in reverse lens.

Congratulations to all the creative team.  The Director, Sarah Giles, ensures there are no longueurs, even when the play begins to run out of puff in the Act 2.  The balletic nature of the stage movement was craftily unfolded. The movement of actors and objects, in extreme complexity, was fluid and fascinating (Movement Directors: Mike Finch and Nigel Poulton)

At times this production seemed particularly apposite to Australian public life – as its many signposts subconsciously released immured memories of corrupt premiers, corrupt police inspectors, corrupt judiciary from our recent and not so recent past.  The 1970s was full of upheaval and torpor and this brilliant production leaves the taste of our reoccurring past, bitter sweet, on the tongue. The scene where Feletti is slowly being stalked and menaced by the incompetent and corrupt police was chilling:  alone and surrounded by corruption with only the shining truth to defend herself . This was humour with the occasional glimpse of a ferocious edge, though the daring immediacy and political edge of neo fascist 1970s Italy was hard to recalibrate amongst our fractured, relative post-modernities in the age of rampant social media. 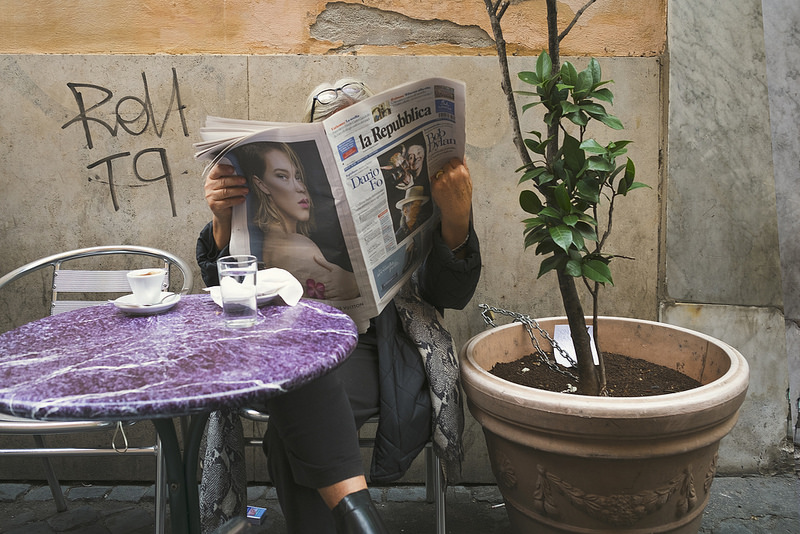