The tender drama of ordinary people

Love and possession are at the heart of Andrew Bovell’s recent play, Things I Know To Be True (2016).  It is a carefully structured riff on the empowering and destructive nature of familial love.  It fairly opens and ends with telephone calls that initiate heartbreak and ultimately stark human tragedy. Its suburban excesses draws forth some rich and expansive comic moments.

This is a modern Australian family we can easily recognise.  Across the course of the play we cover their entanglement with retrenchment, the power dynamics of strong working mothers, the grief and loneliness of marriage breakdowns and survival (the gifts of lost love), the shock of gender misalignment and corporate crime - all the time avoiding  the traps of soap opera:  pick an issue, rinse with shallow water and suds; move on.  The writing and the performances make us care about this family of four grown up children and their parents.  In the father, it presents a warm and generous masculinity.  Bob is tender hearted and forlorn particularly in the tremendous conclusion to Part 1 when the oldest son, Mark, finally confesses, in great emotional and comedic catharsis,  his need for freedom from his male body and the stifling love of his family.  This scene, in the rain, with mother, father and young sister, builds emotional weight around its portrayal of disbelief, tender disavowal, makeshift coping mechanisms  - ensuring that the cares of these people vibrated across the theatre with heart rending verisimilitude.

Tony Martin as the father, Bob, gave a gentle and nuanced performance showing the Australian dad in all his honest glory.  He is normatively the peacemaker in this family, not eager to rise to wrath but able to when he has to face the potency of suppressed betrayal within his own marriage and his wife’s remembered chance of escape into a different life.  Helen Thomson as Fran is the wife who could have but didn’t flee from the stress of bringing up four children and enduring a solid affectionate marriage – for a richer emotional life with another man.  She is a potent match for Martin’s performance. The tough nut mum who knows all (apart from her own sudden death) is a marvellous comic creation but also presents a deep portrayal of suppressed anger and broody hen pecked loving.  The letter scene and its imagined conversation between Fran and daughter Pip (Anna Lise Phillips), who has flown from her perfect but stultifying marriage, was exquisitely and simply staged, giving us the chance to explore Fran’s own lost chance and the sense of reconciliation this brings her: sweetly rueful and finally understood by her daughter.

Domestic drama this might be, but it is lovingly unfolded with a sure touch that gives dignity and poetry to these suburban lives.

The malfeasance of the other son, Ben, stealing hundreds of thousands of dollars from trust funds is in the list of familial challenges.  The confession of his crimes reveals the absolute righteousness of Bob and Fran’s deeply practical ways of saving the delinquent –and the secret of stored cash for rainy days and marriage-escapes.  This exposition gave a true frisson to the development of these character and their secrets.

Ben (Matt Levett) is not an easy role – the spoilt one, always on the run, smug yet ashamed of his humble origins.  His pathetic descent into fear of jail and retribution was effectively delivered, but was not sprung from any proceeding character development.

The youngest daughter, Rosie (Miranda Daughtry), commencing her adult journey, is in many ways the fulcrum of the play.  Her opening monologue about finding love and losing it in the embrace of a crass young Lothario on her travels in Europe instantiates the emerging list of experiences and the things I know to be true that are distilled across the action of the play.  Daughtry is delicate and wistful, yet broadly comic, droll, totally believable in her fears and loves and able to interact with all the characters to draw out different aspects of their love for family.

The portrait of the marriage underpinning this drama is richly brocaded with humour, tension, acceptance and yearning.  The compromises of life are not shunned, nor glorified, but portrayed with deep reality.  The ultimate comic interaction about totally reworking the established garden and its sacrosanct rose plot, was given with exquisite timing by Martin and Thomson – and placed the second phone call of the play in stark contrast as the death of Fran is then delivered.

There is much tenderness and love on display in this work.  Mark packing his bag and his soon to be former male life – watched on his loving younger sister -  is one of many examples were tone and text are beautifully poised, while the scene when the children dress their prostrate father for their mothers funeral is deeply poetic.

The set design (Stephen Curtis) is simple but effective – the deconstruction of the roses across the season is nicely actioned - while the ethos of the Australian backyard is simply and effectively summoned.  Costuming by Tess Schofield actions the differentials across aspirational Australia.

Neil Armfield’s ability to allow his actors to deliver such fine grained and realistic performances shows yet again the quality of his direction. He always allows us to delve into the hearts of human beings and their wayward feelings and actions. The desire to hold the ones you love close and constrained in that embrace  is explored with wit and wisdom in this tender drama. 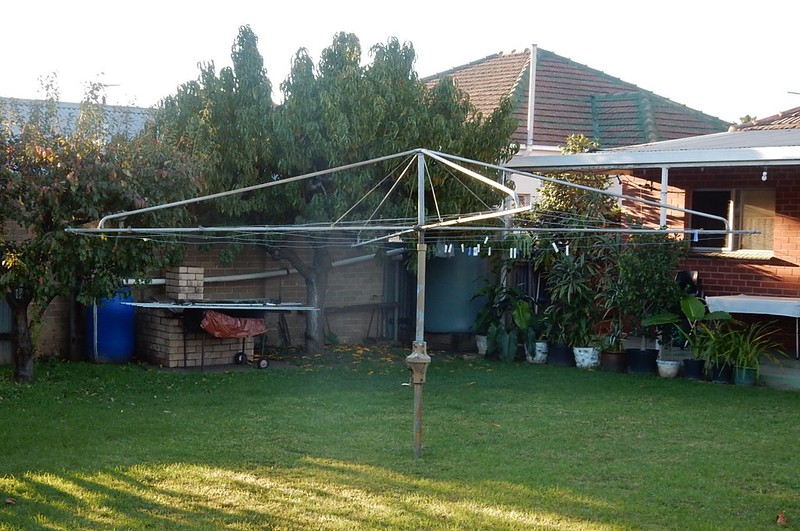