A 19th Century Symphonic Feast from the World Orchestr

The Australian World Orchestra (AWO) always receive an enthusiastic welcome in Sydney town,  one of the two Australian cities they assemble in for their annual gig.

Not only do they bring their massed musical excellence – Australian principal players from across the world’s great orchestras as well as local stars – but they always bring a stellar international conductor.  This year it was the turn of the 76-year-old Riccardo Muti, still with his mane of hair (now salt and pepper) and a little portly in his penguin suit, but amazingly lithe and obviously in love with the power and nuance of his orchestral forces.

The orchestra plays with striking unanimity and splendid authority.  The principal horn was never short of amazing, the trumpets were piercingly bright (like shafts of light), the trombones rich and rumbling with power, while the timpani seemed descended from Mt Olympus. The clarinets were breathily virile and buoyant, the bassoons doleful and intrepid in rhythmic thrust, while the flutes were sharply angelic and the oboes sang into being those melodies of the soul that composers seem to instantiate through its reedy voice.  The strings sang as one, lush, but crisp in intonation – the doubles basses were absolutely thrilling in attack.  A splendid kit all round.

Muti has worked long and hard on the symphonies of Brahms.  He shaped the long first movement of the Brahms Second Symphony (1877)  with a sure hand, giving psychic clarity to its febrile intersection of simple melody and dark forebodings.  The sunny bucolic opening with horns and strings is always met with the brass and timpani questioning its reality.  At times, a dynamic equilibrium is achieved – near stasis – but the pulse continues to struggle towards the sunlit uplands.  If some time Brahms’ pattern building seems foursquare, its cut and mosaic placement was sharply highlighted by Muti and his players.

In the first three movement, the works seems to channel the ‘Florestan and Eusebius’ matrix - “patterns of motion and rest, of tension and release, ... fulfilment, excitation” of Brahms’ mentor Schumann.   Nervy, dark forebodings respond to the ethereal lift of the flute and woodwind serenity, gnawing away at the fraught wellbeing that seems to besiege the 19th century German soul.

The heartfelt warmth and lilt of the second movement brought spirited relief within this dark hued interpretation.  It was slow breathed and hushed, without losing sight of the boldly declamative phrases that swirl around its invention.

The final movement always seems to arrive from another pulse, another world.  It has the light and shade - its booming and its soft reflecting - but its energy is celebratory and full of deeply satisfying ‘schwung’.  At times its clarion brass reminded us of Mahler and his First Symphony.  It is truly infectious and thrilling music. This body of orchestral experts gave a stunning instantiation of its power for awakening sustained rejoicing.  The audience erupted with appreciation at its conclusion.

After interval came the Tchaikovsky Fourth Symphony (1878),  reminding us of the strong musical connection between Italy and Russia, as Muti unfolded a rich, tight and shocking performance that dug deep into the power of this work. Like the Brahms its thematic material is clear cut and full of sharp contrast.

The opening brass was cataclysmic, like Verdi’s Dies Ira.  Its great shafts of sound summoned the dead or the fateful, reminding us that Francesca da Rimini occupies a similar orchestral space.  The return of the fate motif was finely gradated. Each conducting gesture saw the players dig deeper and deeper into this surprisingly complex score.  Whether it was dramatically unison fermata or stunning diminuendo -  luxuriating on the  thoughtfulness of the woodwind writing - conductor and orchestra drew out the music’s expressive contours, particularly the imaginatively soft grained timpani writing as percussion echoes the pulse of danger but with soft variances and delicate tread.

The pizzicato movement was eerie and humorous, deftly dovetailing the geometric heft of its brass and string interventions with delicious and satisfying clarity.  The finale went at a cracking pace, but never at the expense of clarity.  The wide-ranging dynamics of the orchestral sound did justice to the rich dark focus of this musical canvas.  Again, the light and shade of the musical thought was etched with clear lines of gradated sound.  The sweep and majesty of this thrilling finale made surprising connections with the Brahms and reminded us that musical energy is a dazzling and radiant thing: only a generation of sour English music critics would fail to respond with gratitude to this symphony’s primal force.

As an encore, Muti gave us his beloved Verdi with a performance of the Nabucco overture, which confirmed that the young Verdi was already a fine orchestrator.  This was finely and crisply shaped by Muti, bringing its operatic energy to sonorous excess against the brass summoning of its biblical themes.  The Rossini like finale, which plays dashingly with themes of Abigail and the High priests, was whiplash with revenge and delirium, while the filigree of the great hymn, ‘Va Pensiero’, taken at clip by the young Verdi, was beautifully lyrical in this performance, prefiguring in the massed strings the haunting nature of its unison voices later in the opera. 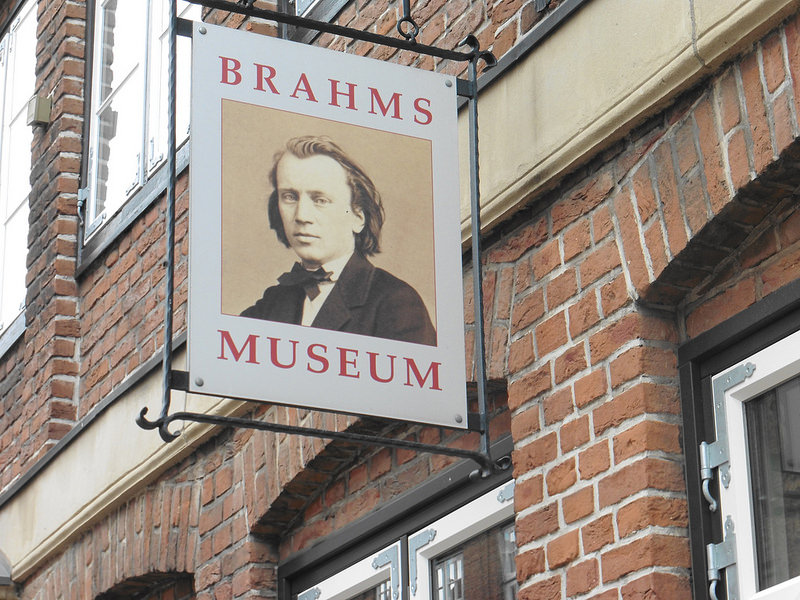