When chamber music expands and explores

The Omega Ensemble always delights when they assemble chamber music forces beyond the ken of the normative, duo, trio and quartet.

Their performance of Louise Farrenc’s Nonet for String and Wind in E flat major, Opus 38 (1849) was a delight – putting in plain context the different and related sources of mid 19th century chamber music.

If the opening “Adagio/Allegro” was sometimes a little over extended in its elastic treatment of themes and moods, it was wonderful in its interplay of wind and string sonorities, both across and within groupings, reminding us of the piquant pleasures that attends chattering woodwinds al a Mozart and Weber. The “Andante” was constructed via a series of elegiac and witty moods, while the “Scherzo Vivace” made one smile, its hunting call wittily placed, full of clipped exuberance and deft humour. The droll interventions of double bass and bassoon were charming and wistful, while the flute oboe and clarinet seemed at times to be channelling  the Nicolai of The Merry Wives of Windsor.

The violin plays a concertmaster role in this work summoning the chamber forces, invoking rhythmic and melodic interest.  Veronique Serret conjured its many layered delights with crisp energy, clarity and the best of German schwung!  The famous Joseph Joachim was the violinist at this works premier.

The revival of such large-scale chamber music is the gift of pleasure and deeper understanding of how women composed in the 19th century when barred from composition lessons in the formal academy and supposed to be the gender “ohne music”.  Farrenc continues the line from Fanny Mendelssohn and Clara Schumann, revealing how supple, waggish and poetical is their music making: brisk, complex and integrated.  She knows her counterpoint but adds a gallic exuberance to its filigree. The success of this work emboldened Farrenc to finally seek equal pay for her decade long work as Professor of Piano at the Conservatoire!

This concertina recital of trio, duo and nonet began with the Schubert Notturno in E Flat major, D 897 (1827).  Its crystalline tenderness and sighing suspensions were well caught by Clemens Leske on piano, Veronique Serret on violin and Paul Stender on cello, reminding us how profound simplicity can trigger a deep emotional response.  Its sound world captures intimations of latter composers such as Messiaen and Part. It is melancholy music, but with a lyricism that lifts it beyond self-pity and the various sections and transitions were clearly articulated and integrated in this performance.

The Beethoven that followed – Sonata for Piano and Violin in F major, Opus 24 (1801) - reminded us of the melodic richness that Beethoven had access to. In this performance it was sprung with wit and winsome interactions between the embellishing violin and the cascading piano.  We could luxuriate in Beethoven tracing an airy melodic line flickered by trilling variations of its thematic material.  This work is full of smiles and clarifying joy, though the terse wit of the Scherzo hints at the more querulous Beethoven.  Serret was bold in attack, clear, clean and bright.  Leske was equally strong and attentive to his partner - his counterpoint deftly matching her glinting tone.

This concert ended with an arrangement of Russian Rag by Elena Kats-Chernin (1996).  This was a piece of unbuttoned postmodern joy – giving us a new world take on soft Slavic melancholy and reminding us that the hesitations and suspensions of music can invoke both profound sadness and sly humour, with equal dexterity. 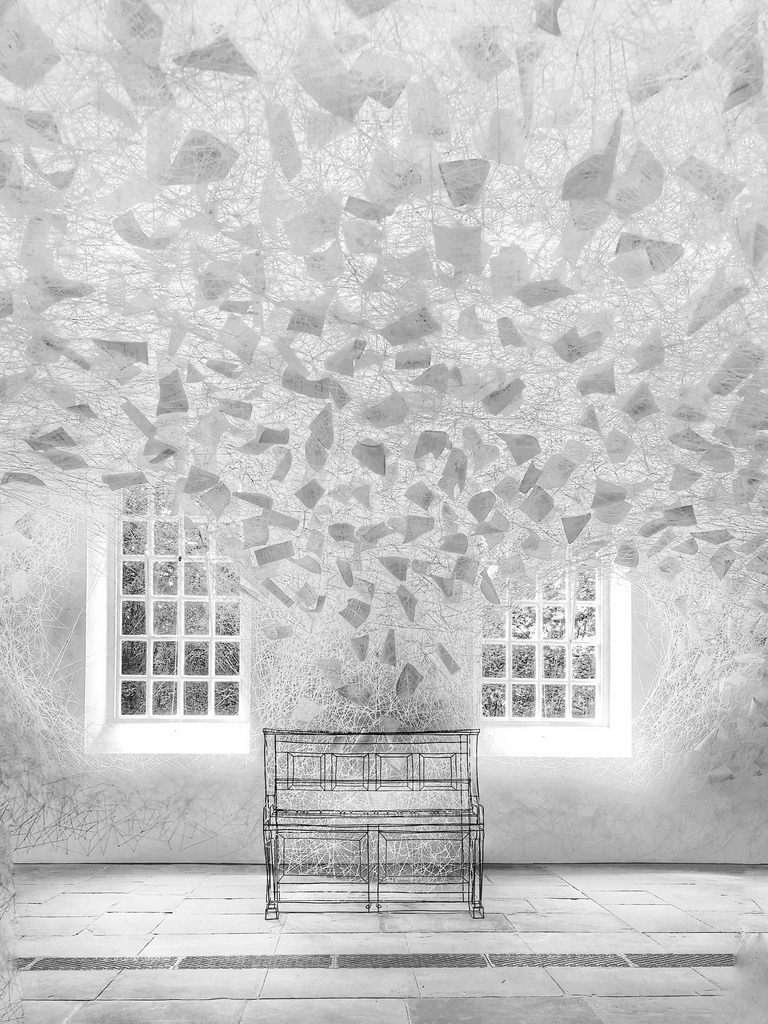