Graeme Murphy’s eclectic production of Madama Butterfly (1904/1906) is deeply theatrical – and if there were a few crass moments this is the by-product of a deeply visual and kinetic imagination that seeks to reimagine this very well-known opera.

The ‘Star Wars’ plinth that rises and falls in relative synch with the emotional terrain of this opera is startling but not necessarily incongruous. It gives dramatic height and angle to much of the drama.

The sense of bondage the Murphy seeks to convey, as both a specific Japanese ritual and the red knots entwining the image of the captured butterfly, is choregraphed with ease for both idea and visceral impact.    It reoccurs at key points, subtly inflected in the love duet that ends Act 1, as Butterfly slowly unfurls the red cord of her capture.

Murphy and his team use an array of Opera Australia’s large LED screens with decided imagination, flooding the small Sydney Opera House stage with intense imagery that reflects and comments on the emotional stages of the opera.

The drapery of oversize American flags was shingly enacted during Pinkerton’s Act 1 paen to America:  ‘America Forever'.  The last stretches of the long Act 1 duet finale (‘Viene le sera’) was itself turned into a duet with dancers (Rina Nemoto, Nathan Brook, Kevin Chen), their entwining bodies echoing the supreme arousal of Pinkertons’ 'Vieni, vieni’.  The singers high above – on that amazing plinth – Pinkerton and Butterfly sing rapturously and we surrender.  This layering of effect is finely gradated. The dancers reflection on gauze seems to distance and frame, in distilled relationship, a softening glimpse of the rapture of ecstatic love.

The postmodern was most in evidence during the flower duet of Act 2: ‘tutti fior’.  Here, the use of spray cans to invoke the flooding of floral colours across all those LED screens was both whimsical and ecstatic – confirming once more how simply we surrender to suggestion in the theatre. Butterfly and Suzuki sprayed the imagined bloom of love’s fulfilment before our very eyes – somewhat like the recent ‘Whitely’ production, where one of his Lavender Bay seascapes erupted on the LED screens as the painter threw buckets of imagined paint towards the audience.

Heightened simplicity triumphed at many points in this production. The eruption of the stage into staggering white light as the canons’ thunders echoes across the harbour, signalling Pinkertons’ return to Nagasaki, was simply thrilling.

The night vigil of Act 2 and dawn interlude (Act 2 part ii) drew forth a tender integration of mime and dance from Butterfly and her alter ego (an expressive dancer), as though their joint soul wrestled with the pain and angst of absence and abandonment. Tegan Lowe was supple and sensual as she entwined with Son in this mime of despair.

Karah Son as Butterfly demonstrated a strong, clear, integrated voice and threw herself deeply into the role, both vocally and physically.  She navigated the dreamy heights of her entrance aria with aplomb, while the resistance and desire of her love duet with Pinkerton was alive with nuance.  The strength of her vocation like conviction in ‘Un bel di vedremo’ lit up the auditorium, her voice a pure shaft of emotion.

The black and white ‘Mikado’ frisson and frizziness of her entrance was deliciously camp but not enervating (Jennifer Irwin, costume designer). The intervention of the Bonze (Gennadi Dubinsky) in Act 1 was unfortunately more comic than threatening. His elaborate bird like apparel and head piece pulling focus from the dark menace of his voice and accusation of religious betrayal.

The Pinkerton was well sung by Andeka Gorrotxategi. He is darkly handsome and has a shining top.  His role is a hard one to salvage in ‘me too’ times. Sexual ardour is his prime motivation, followed by racial condescension – not withstanding his final arietta,  which seeks to register some sense of aggrievement at the discovery of what anguish his flippant betrayal has aroused.  His lust, however, was palpable in voice and gesture, though framed by gentle impatience.

Sian Sharp was a feisty Suzuki, rich voiced and swarthily clothed, like a refugee warrior from ‘Star Wars’.  Her protective love and strength of character were nicely realised. Sharp and Son sang with close consort in their Act 2 duet, blending their strong voices with fine control.

Michael Honeyman gave humanity and tenderness to Sharpless.  The interview scene with Butterfly in Act 2 bought forth the tenderness of their misunderstanding and his sharp anger at her plight, and if his voice doesn’t always have that shining Italianate reverberance it is accurate.

Virgilio Marino as Goro was chatteringly self-obsessed, smug on his iPhone snaps, and constantly calculating the edges of his profitable exchange.  The scene with Yamdori (Christopher Hillier) was full of luxurious orchestral touches and yearning vocalisations, making this suitor both seductive and comic.  The suffused golden light of his presence was sharply arresting (Damian Cooper, Lighting Designer).

The video production design by Sean Nieuwenhuis was very evocative. The ability to integrate digital imagery with sound and sense was poetically enacted during Butterfly’s big Act 2 aria as the large scale Japanese characters floated out upwards from her words into a projection of the Nagasaki coast line, their sense - buoyant with hope and belief – soaring with her vocal line, until the crashing end of that fatalistic love sends the notes and characters downwards into disorder.  We know this will end badly.

Murphy and creative associate Janet Vernon and production designer Michael Scott-Mitchell had some strange forays into post-modern éclat.  During the dream sequence of the dawn prelude, the ‘South Pacific’ choreography of the chattering Japanese ‘birds’ and the white suited sailors  al a 1945 was of the highest camp – with somewhat fluttering irrelevance.  More irritatingly – one’s hart sank when Butterfly retuned to the stage in long black curly wig, black mini shirt and leather jacket to greet her returning husband as his desired bride, tackily imagined in 1990s paraphernalia of the uniformed sexy wife. This was genuinely disfiguring, but Murphy then turned this to great theatrical effect as Butterfly, via her dumb show interrogation of Suzuki, realised that her man has returned with his real American bride (Kate – Jane Ede) and begins to fling off the black garb – reviling her western feminine capture and returning to her simple oriental night gown.  Kate, in Jackie Onassis pill box hat and cropped suit, was startlingly blonde and tall, as though a drag queen had wandered into the tender and small scale world of Butterfly.

Nicholas Milton conducted with an eye to detail and emotional sweep and was attentive to his singer’s needs. The OA Chorus sang the humming chorus with fine control, invoking the slowly fading light and enlivened the wedding scene with spirited interventions.

This was a production that fired the theatrical neurons and highlighted the gender and racial tropes of this early 20th century portrait of intercultural and colonial love.  It experienced a few mishaps, but overall it framed the ardour of Puccini’s music with fine effect. 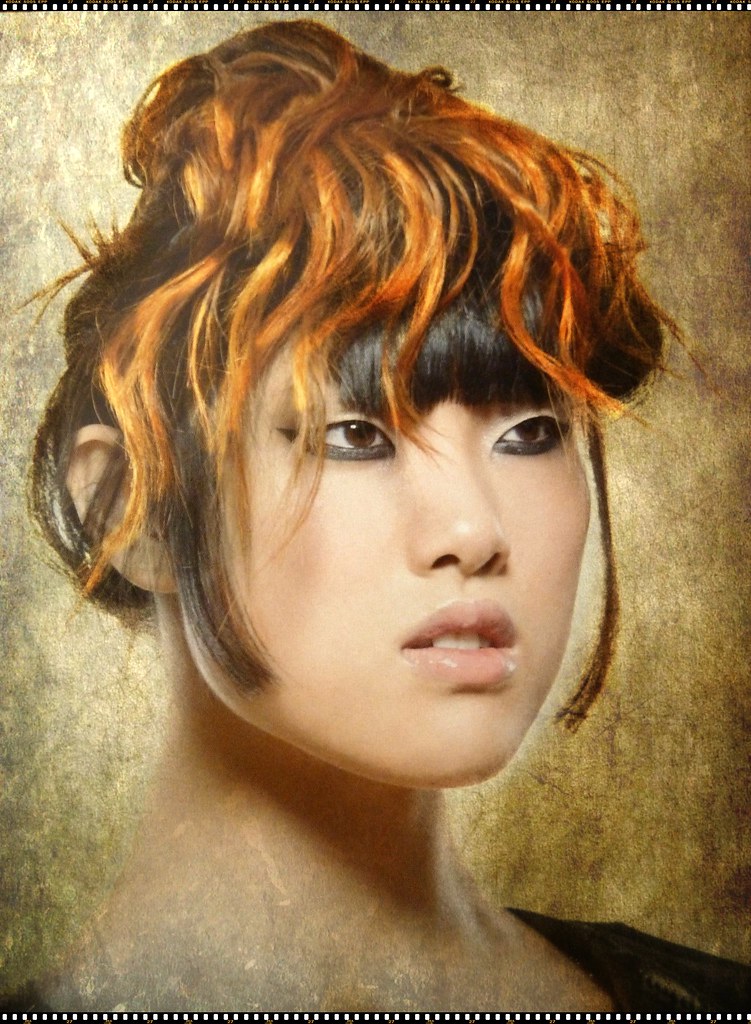