The Hungarian stamp of Lehar’s’ music ensures that the score is full of vibrant wit and foot stomping music that enumerates the pulse of both gypsy and peasant dances  Its sophistication arises from the dreaminess of its waltzes and the passionate nature of its love music, particularly that given to the second couple (Valencienne and Camille)

This new staging by Graham Murphy and associates was full of wit and occasional bawdy humour - translated via art deco lusciousness in stage design and costuming - with some lovely intercultural twists and a playfulness that nicely highlights the whiplash, unresolved love affair between the main couple, Hanna and Danilo;

Danielle De Niese is truly exotic as Hanna, dusky skinned, deliciously attired in each act and febrile with emotion in all her entanglements.  Her voice is fulsome and rich – one yearned to hear her in Verdi.  The delivery of the Viljalied in Act 2 was truly spectacular.   Murphy has her hoisted on an eastern plinth, like a Brahmin princess, and carried around the stage in worshipful splendour.  Her vocal control and soaring agility was inspiring – as was the deep poetry of this scene.  Its yearning pulse of love and abandonment invited a warm hued, ecstatic frisson to wash across the stage.

Her Danilo was Alexander Lewis, son of the famous baritone, Michael Lewis, who was totally seductive and believable as the slightly cynical man spurned in love.  His handsome physical presence was complemented by a handsome tenor voice.

The interplay between the two leads was exemplary.  It traversed the witty, the forceful, the playful, as flirtation and anger resolved around the shadow dancing of their grown-up love affair.

The glorious heart of this operetta blooms like a deep red rose in its fulsome Act 2.  The Viljalied is soon followed by the Pavilion Duet. Stacey Alleaume and John Longmuir were well matched as the puppy love, secondary lovers, and if Longmuir couldn’t quite clinch the ecstatic flavour of his high notes, his singing was strong and pure – his slight chubbiness adding to the gaucheness of his desperate flirtations with the wife of the ambassador.  Alleaume as Valenciene was  a little too much the chorus girl in her forced grimaces and Jean Harlow hair do, but her contrition at the end of Act 3 – with its hint of Mozartian forgiveness – was nicely done.

Act 2 ends with rising intensity as deep emotions are revealed:   the seething jealousy of Danilo, the sad negation of Baron Zeta, the nifty footwork of Njegus, the false feelings of Rossillon, horror stalking his vocal line, while Valencienne is both stupefied and experiencing deep jealousy.  All this mayhem is capped with the radiant vocal lines of  Hanna as she tries to ride out the angst underpinning her gamble of the false engagement in pursuit of Danilo's love.  This is silly farce, but the music is deeply potent, the sextet blooms with rich human feeing and a luscious concerted vocal line.

Act 3 can often seem slight after the richness of Act 2, but the staging worked hard to keep our interest with an amusing rendition of the Njegus champagne aria, sung clearly by Benjamin Rasheed, complemented by the bawdy and slightly silly choreography of the Grisettes, in pink tulle and crimson underpants with hints of Guys and Dolls in the patter and steps.  This visual splendour and excitement was  capped by the stunning final entrance of Hanna, down the golden staircase, as a 1930 film goddess, to be finally greeted by Danilo’s declaration of love.

The ensemble of chorus and dancers was very good.  Murphy sprinkled his ensemble with a touch of gender displacement and much jokey choreography – even at one point ensuring  a drag queen plays with a baguette!

The March Septet – when the men bemoan their lack of understanding of women - was very comic, sung with coordinated brio and choreographed with masculine élan and humour.

Luke Gabbedy as Cascada and Brad Cooper as St Brioche were effective, though a little more aristocratic pomp and rigour might have sharpened the humour.  Dominca Matthews, as Praskovia,  was as direct as a plum bob in her flirtatious cameo with Danilo.  Baron Zeta (David Whitney) was not the usual gruff elderly diplomatic but a slightly warm-hearted naïf.

The orchestra, in its spatially enhanced pit, was conducted with deep beauty, sharp rhythm and close coordination with the singers by Tahu Matheson - https://opera.org.au/artists/tahu-matheson. A pity that the  performance handout did not have the courtesy, professionalism or respect to name him.

The sets by Michael Scott-Mitchell were almost scene stealers.  The Ponetevedrian embassy in Act 1 was particularly striking, while the lavish blues and pinks of Act 2 were suitably exotic for the never-never land of Pontevedro, as recollected by its expatriates living in Paris.  The costumes by Jennifer Irwin were striking.   The lighting design by Damien Cooper was particularly effective in Act 2.

The energy of the entire cast was palpably high and the trademark choreography of Murphy was cheekily telegraphed - while Lewis  and De Niese tackled their ample dance moves with great skill and conviction.

The resolution of love – and its flagrant outburst beyond the bounds of marriage - lives truthfully within this silken operetta.  Its music is beautifully burnished, and leaves a luscious aftertaste:  like chocolate and whipped cream.  The Australian opera companies have done themselves proud with this shared production. 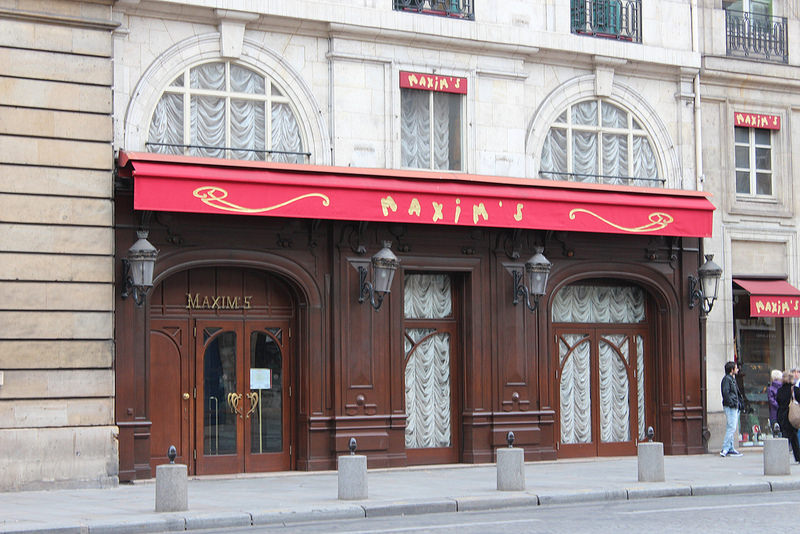