Ensemble gives us playful Beethoven with tenderness and sweet mystery

​The Australian Hayden Ensemble (AHE) gave us an all Beethoven concert in its latest performances at the Sydney Opera House.

With their guts strings, seven members of the ensemble were joined by regular collaborator, Dr Neal Peres Da Costa, on fortepiano (a copy of an 1820 Conrad Graf), all playing the Piano Concerto No. 4 in G Major, Opus 58 (1807).

This amazing work was outlined in a chamber music arrangement by local musicologist Vi King Lim that allowed us to gain access to a world of subtle and wide ranging contrasts all within the rubric of affable hausmusik.  The soft and delicate interventions of the fortepiano in the second movement of the concerto were startling for their ethereal sound, suggesting a sweet mystery within the music, and balanced beautifully with the vibrant and mellow response of the strings, giving us a no less startling portrayal of pacification.

In such an arrangement one sees and hears more clearly how Beethoven constructs his musical argument while providing a new aural context.  The chirruping tone of the fortepiano in the Rondo Vivace gave a new piquancy to this delightful gust of wind.  Interesting also how the flute in the ensemble provides so much of the non-string contrast normally spread across a modern orchestra.  It was also good to watch and hear the depth and variety of the two viola's interventions.  The passion and enjoyment of the players was palpably bracing.

The chamber arrangement gave a greater sense of the playfulness of the German Master. Such small numbers might modify the monumental but only in terms of scale, not in range between forte and piano, the nexus with which this concerto fully explores.

The links to Hayden and Mozart are beautifully open in this work.  The guts strings and small scale enhanced the humour and wellbeing of this work.  The beauty of the second movement was tenderness itself, while the Scherzo was floated on a smile as snatches of melody where tossed between players in wide-eyed enjoyment, echoing the words of Berlioz:  we watch “the fairy sports of Oberon’s graceful spirits”.  The athleticism of the ensemble came into its own.

The finale was a true Allegro Molto and seemed to take its stance from the Scherzo, finely sprung but more long limbed in its athleticism.  The fill and contrast the fortepiano provided in this arrangement was ingenious and sometimes droll.

Lead with quiet confidence and a warm smile by Anna McMichael (Artistic Director, Skye McIntosh is on maternity leave) the AHE impressed with their ability to listen to each other, breathing as one and responding to the embroidery of Beethoven’s’ early fancies.

Now five years old, the AHE has found a niche for its period instrument exploration of Baroque and early Classical music.  The later period was on full display in this concert providing a welcome contrast to the big band Beethoven that incidentally was on display at the same time, in the Concert hall of the same Opera House, in the form of Ashkenazy conducting the Sydney Symphony Orchestra and playing the same concerto!  Lucky Sydney.

Monumental and steely Beethoven is still wonderful, but the warm glow of these small-scale strings, the elegance of the flute and the crispness of the fortepiano might just get us closer to the intimate creativity of the younger Beethoven. 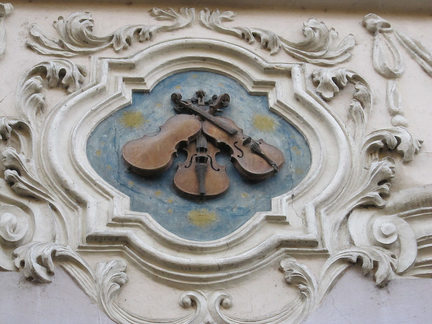